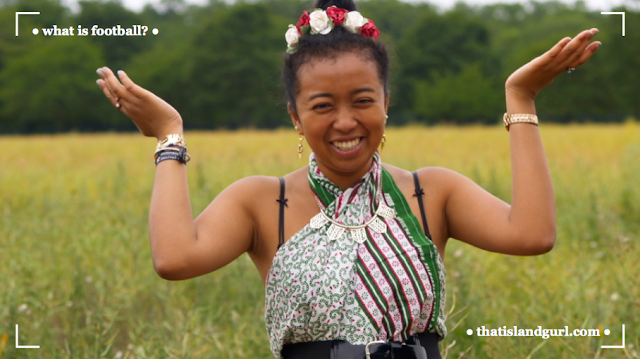 It's been a week since the FIFA World Cup Final 2018. I never thought I would reference football on here but there you are - life has a funny way of opening our eyes. For the record, I don't really watch or follow football, I am pretty ambivalent to it, but for some reason I love the World Cup - maybe it's the addictive levels of national pride from each participating country (both on and off the pitch), maybe it's the less "hooligan-y" vibe of a global celebration of a sport, or maybe it's just a good excuse for everyone to get together and support a common cause in a positive way. I don't know. What I do know though is that this year's World Cup in particular opened my mind up to two thought-provoking (and potentially controversial) topics *gets ready for the interweb-trolls*: 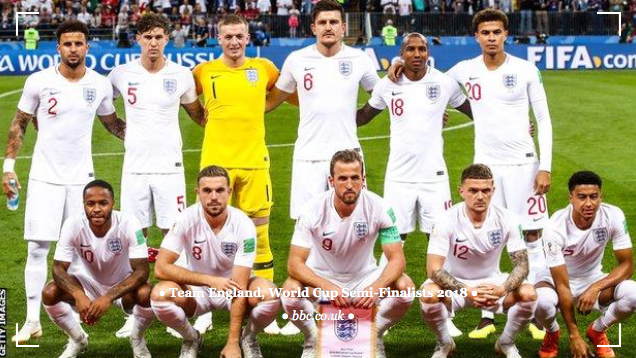 One 💂 ● Do you feel English or British?

Ask me outside of the World Cup hype and I would hands-down answer Brit(ish) every time. So, when the games started in June and that expected question came up at work "who are you supporting?" I was a little stuck initially - but eventually went with England, because England is technically part of Britain so my Brit(ish) still stands, right? Except, ironically, I've never actually felt "English". Then I asked myself, why though? So I started talking to friends and pops-chops about it. As a non-British born British citizen, I am not alone in feeling uncomfortable at calling myself English - we, as a diaspora, are just relatively more comfortable with being British because we don't associate ourselves with a particular geographic section of the United Kingdom, but instead the whole of it.

The more I talked about it, the more I realised that England is massively singled-out as an identity within the United Kingdom. Unfortunately, it's become associated (almost synonymous) with extreme-right nationalistic views and (often negative) behaviours - oh, and that hot little political potato called "Brexit" (thanking you for your contributions to this, Farage). This is a real shame - that the controversial viewpoints and actions of a margin of society can have such a huge impact on how one race can be perceived overall. When I brought this up with pops-chops, he was 1) surprised that I could only associate myself with being British, but understood how I got to my perceptions and 2) disappointed that the English (those not in that extreme-nationalist section of society) are probably embarrassed to own their English-ness, even if bread-and-butter born-and-bred.

💭 Pops-chops is unique in the sense that his job has supportively built up his pride in being English (he's been in the English folk and World music scene for as long as he's been a grown adult-bean - which is a long time, for context) - and he's not ashamed to admit it. Midst one of our discussions, he said to me - "I am English. I feel English and technically that is my race. If the Scottish, the Welsh, and the Northern Irish can feel and be proud of their national identity - why can't we English?". And this got me thinking: 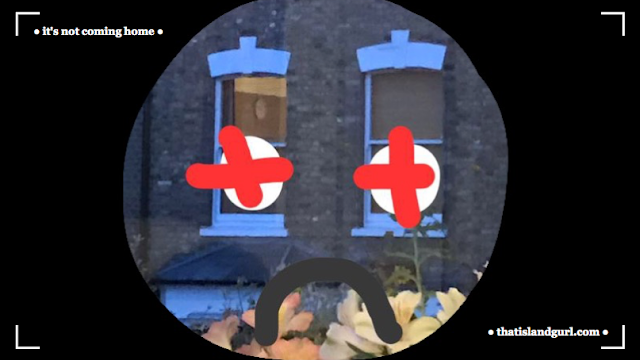 🙋 Verdict: When it really comes to it, we can all be proud of being English (the English amongst us Brits anyway, as well as the multi-racial amongst us with lineages beyond these English shores but who identify with being English too) - as clearly demonstrated by World Cup fever (for the majority of us anyway). I feel ashamed writing that I have always felt intimidated when I pass homes or cars or buildings covered in England flags - family and friends' opinions, the media, and British culture generally has shaped a part of this, but the other part is an admission that I just auto-pilot pre-judge before opening my mind up to those proudly flying their English flags. In future, I will consciously try to not walk as fast as I can in the opposite direction - if I meet aggression, I will calmly address it; and if I meet curiosity or kindness, I will drink it in without judgement. 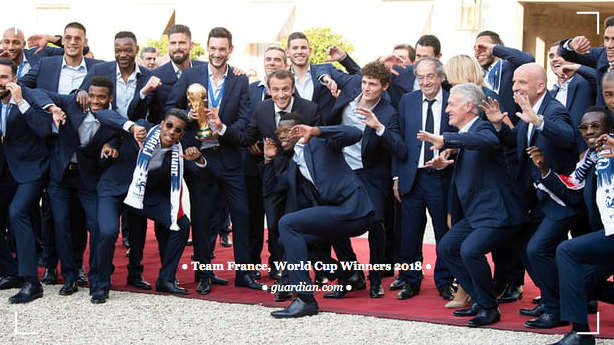 Two 🍷 ● Who won the World Cup: France or Africa?

Following my British vs English identity-crisis, England were knocked out of the World Cup by Croatia (who'd have thought it, but good on ya Croatia - very impressive football playing if I do say so myself with the limited knowledge that I have). And everything, or so I thought, had "returned to normal" - whatever that means. Literally 5 minutes after the game had ended, when it clearly wasn't "coming home" anymore, my neighbours took down their England flags from their windows. My flatmate and I had to laugh - where are y'all stashing that pride away to?

One more game later, and it was confirmed the World Cup Final 2018 would be between France and Croatia. Pops-chops (who doesn't even watch the thing) immediately gleefully confirmed that he wanted Croatia to win, "to support our Croatian friends Antonia and Mojmir" - LOL. Then, my boss casually dropped into conversation at lunch, "I had an interesting thought, do you support France?" and my immediate knee-jerk reaction was: "Nope, I may not have been there but the French colonialisation of Madagascar is definitely a thing that happened." After having said this, I started to wonder why I was so defensive about France. In all honesty, my answer was a bit of a lie, because I have supported France in the past - until race, head butting, and other fun activities took place on and off the pitch, after which I decided to clock out of supporting France (I know, I'm fickle - what do I know, eh).

👏 Then, France won the World Cup. In my opinion, not deserved based on how they played in the first half of the game, but well deserved based on the second - huge hats off to an obviously talented team. The whole of France, as expected, went crazy in its celebrations - friends in Paris shared stories of parties in the streets, rejoicing, partying, ecstatic from their second ever win (their first was in 1998). I was happy for France, but something was also bugging me - and I didn't realise what it was until I woke up the next morning and it was staring me in the face. I opened my phone to do my usual social media catch-up on my way to work and there it was:
Seeing these posts got my head buzzing - based on my own experiences alone, from visiting different parts of France to having lived in Paris, race and immigration is still a massively complex issue for French society. Between winning the World Cup in 1998 and winning it this year, those of foreign origin aren't in my opinion as integrated as I thought they would be watching in from "the outside". One of my biggest eye-openers whilst living in Paris was the stark difference between the "French" who lived in the centre of the city, and the "French" who lived on the outskirts of Paris in the estates housing many of those of low-income and/or of ethnic minority backgrounds.

👀 I remember visiting my friend Diane's family friends who lived just north of Paris in Saint-Denis and noticing the stark difference in not only the buildings (from romantic, gold-clad architecture to high-rise, grey estates), but also the ethnic make-up of the French citizens (from high percentage blanc-French to high percentage black- or beur-French) the further out of the city we went. You couldn't miss it - it was right there, slap bang in front of our eyes. And to top it off, the French word for suburb areas outside of a city "proper" is les banlieues - but overtime this has also become a popular name for low-income housing projects where foreign immigrants and/or French of foreign descent mostly live. 1998 football star Zidane grew up in the infamous banlieue of Marseille called La Castallane, and 2018 rising-star Mbappé grew up in the Paris banlieue of Bondy. Far-right politicians in France have over the last few decades openly challenged and questioned how "French" some of these banlieue ball-players really are - anything from not knowing the words to the French national anthem, to questioning their eventual loyalty to France given they have had the opportunity to be trained under one the best football training systems in Europe. It's... as I said, complex.

So, when the French Ambassador wrote a letter to Trevor Noah to, I assume, "put Trevor in his place" after sharing his opinion on Africa winning the World Cup on the (US) Daily Show, I was shocked - and let's be real, also angry by what was written.
🤷 Why on earth would a developed nation (plugged as "advanced" in comparison to those deemed developing) suddenly take ownership of the identities of a clearly racially diverse team? Yes, these players chose, taking their heritage into account I imagine, to play for France in this World Cup - but that doesn't automatically mean that they are not proud to be of both French and foreign origin. For me, that's like asking someone to choose between eating only couscous or baguette for the rest of their lives. It sounds silly, I appreciate that - but I am trying to humanise a very complex issue deep-rooted in colonialism, immigration, and the ever-evolving harmonisation of a multi-racial and multi-cultural society in the clearest way I can. In all seriousness, colonialism in the past may have meant landing on a foreign country's shores and declaring it yours, but for me this feels like a new form of modern colonialism, declaring ownership of an already fractured identity of a fast-evolving diaspora of peoples.  And this leads to another question: would these players of foreign ethnic descent still be embraced as 100% French if the team had lost? Trevor's response to said letter is well-worth the 8 minute watch. 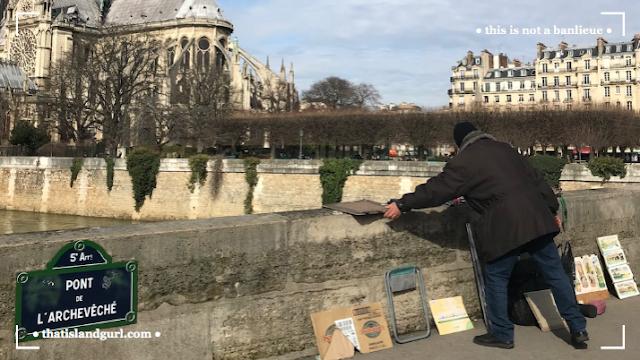 🕊 This subject is particularly close to my heart because it's a conversation I have in my head almost every other day. The society and culture I live in (and come from) constantly asks me to choose - often, without really realising it. And that's the hardest part for me, I don't understand why I have to. I was born and half brought up in one culture, and half brought up and now living my adult life in a completely different one. They are not comparable, and they are not superior to one another - they are just the experiences that have nurtured me into who I am today. I remember a close pal in London texting me while I was in Madagascar to say: "Let me know when you're back home. Oh wait, you are home. When you're back in London! xxx" - and my reaction was confusion mixed with frustration, and all I could think of was: "I am home. But I'll be back home soon." because I truly feel like I belong in both.

🏆 Verdict: Both France and Africa won the FIFA World Cup 2018. 1) Supporting a multi-racial and multi-cultural team can rip dividends if you invest in the talent, no matter where they originated from.  And this doesn't have to stop at football either, just gonna throw that thought in while I'm here. 2) Neither can anyone decide what origin the France team players are, or which they should identify with - our identities are an individual declaration based on whatever cut and mix of tapestry we come from. We have to start recognising and respecting whatever ethnicity and culture each individual identifies themselves with - we shouldn't prejudge based purely on what's in front of our eyes, because let's face it - the migration of peoples of all races has been going on for yonks, and we need to start celebrating that in our everyday, not just when 78% of a victorious French football team is made up of human-beans of foreign origins, French-born or otherwise.

On a side note, can I eat couscous in a baguette? Cause I really like them both. 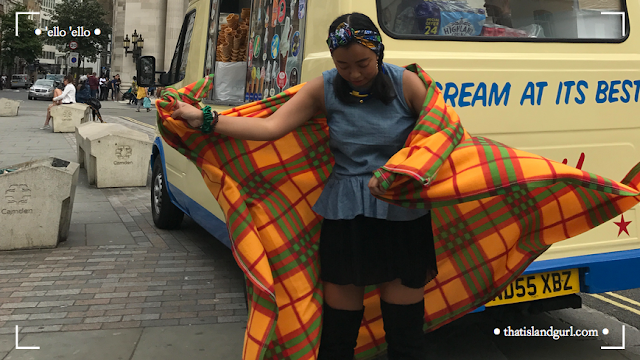