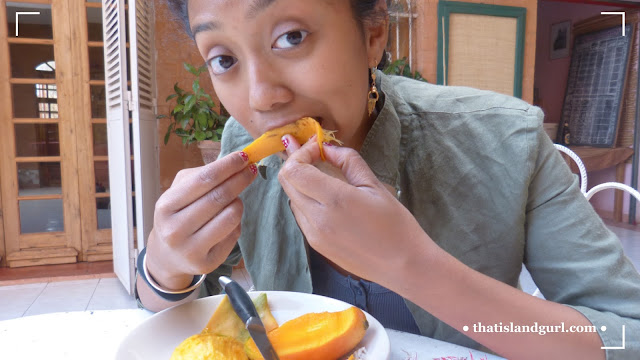 "Hey, where are you really from?" ● is another question I often get asked. If you know me or have met me in person, you will know what I sound like - for those that haven't: I sound pretty English. The kind of English where I have "no accent" therefore I am automatically assumed to have been born in the U.K. like the majority of people around me. A part of me is like YEY (I have managed to infiltrate the system), but then another part of me is like UM HELLO SAY SOMETHING (you are not just English and you are totally putting your back up to your other home). So yeah, it's not always an easy conversation when people discover that I am not actually English by blood but English by everything else.

However, if you are a clever person who can suss things out because you are just clever like that - then there will be two tell-tale signs which might get you questioning my true "Englishness": 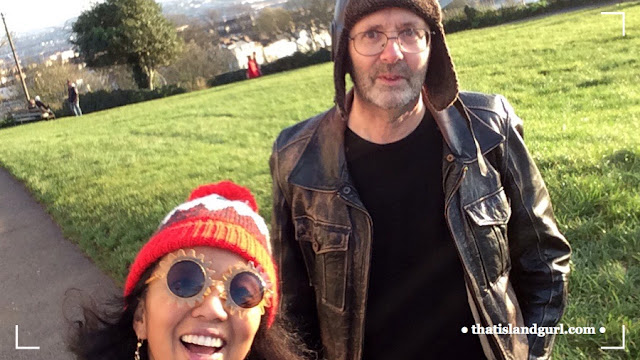 🙅 The combination of these tell-tale signs will then tend to confuse most people that I meet for the first time. They are usually instantly intrigued because they can't quite place me. I don't look like any other races they've seen before so then enters the barrage of questions and pre-conceptions of what "race" I am. Not going to lie, I like to indulge in this little game with people because let's be real - it's the only time I can actually gauge how ignorant or curious a person is about the world. So I usually answer: "where do you think I'm from?" which can be met by one of three reactions - 1) confusion - crap I have to think of some countries in the world now, GCSE Geography this is your time to shine. 2) anger/frustration - what is her problem, why won't she just tell me?! 3) pure excitement - oooh oooh oooh I love this game! Luckily for me, most people indulge me - I give them three guesses and if they don't get it in three I'll usually tell them (unless they are just being a right rude-y, in which case I just leave them to fester in their annoyance of not getting it HA). The top responses I tend to get are: 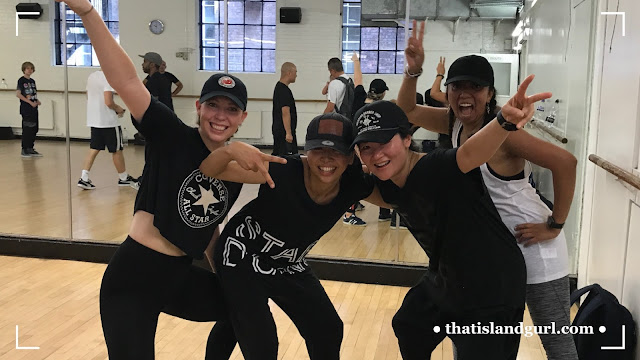 🙌 In summary, I get all sorts of responses because people can't quite place me. And of all the times I've "played" this little game - only TWO people have ever actually said the answer: Madagascar. I am always so shocked when this happens (that's how rare) that once I agreed to meet up with the guy again because I was just in awe he knew of Madagascar HAHAHA. Anyway, most people don't get it in three guesses - so then I tell them. What goes down after I tell them makes me laugh because it will again go one of three ways:
💅 Sorry if I am coming off a little sarcastic here as I do fully appreciate that not many people have ever heard, been to, or plan to investigate this not-so-little island off the coast of Africa (for reference: it's not like Mauritius at all because it is the fourth largest island in the world and twice the size of the U.K.). Therefore, ignorance is forgiven. What I can't forgive though is the number of ridiculous conversations I've had because ignorance has decided to merge with naivety and a judgemental attitude. To illustrate what I mean by this, I am now going to share a couple of stories with you that have genuinely happened to me in the last few years. 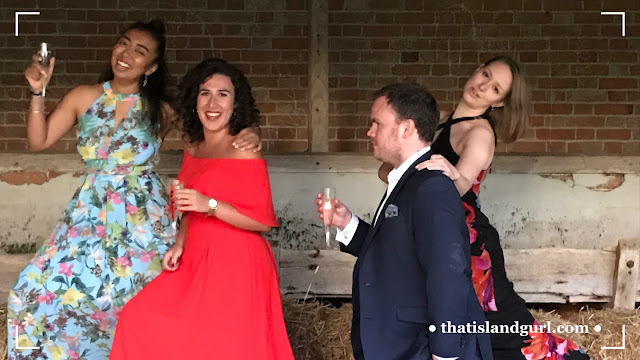 ● Rainbow pals on that wedding-party flex. ●

Last summer, I went to the wedding reception of one of my closest pals. It was hosted just north outside of London, in a barn which had been converted into a wedding reception venue - dance floor, tables, a buffet, a DJ booth, a bar... you know the drill. I had never really met any of her now-hubby's family so this was a proper first impressions moment. Half way through the event, the food buffet was announced open - I got myself a plate and looked around for familiar faces to sit with. I found our table and sat between another friend from school (who I hadn't seen in like 5 years) and a lady (related to the groom's family). About two minutes after sitting down, and one mouthful of potato salad, I was met with the familiar where-are-you-from-dance from the groom's family friend - and this was how our "conversation" vaguely went down.

At this point, I think I just tuned out, nodded a couple of times to whatever this woman was saying, and then eventually just said "I need a beer" and stood up. I don't actually drink beer. I actually just wanted to leave the room. Another close pal saw me suddenly leave and followed me outside. I didn't (and still don't if I'm honest) really know where to start with analysing what just went down - but I feel like it's important to share this example exchange with you all because I literally cannot make this sh*t up. Sadly, this is a type of conversation I face maybe once (or if I'm lucky twice) a year. If I could sum up my emotions post this interaction, I would say: 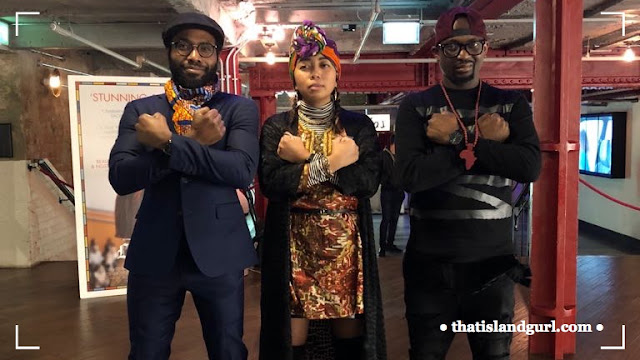 This tale, sadly, is not a one-off. So, I've just explained to you all that Madagascar - though it is an island in the Indian Ocean, is part of the continent of Africa. Just like Zanzibar is part of Africa or Japan is part of Asia, the island of Madagascar is part of a continent called Africa (fact). However, there are many (let's call them for this story) "people of mainland Africa" that just seem to not want to accept that Madagascar is in Africa, and therefore I (Cathia) cannot just associate myself as being British-African on these lovely tick-box forms I occasionally have to fill. And this is a classic tale of how I've learnt to accept my place as a non-African: 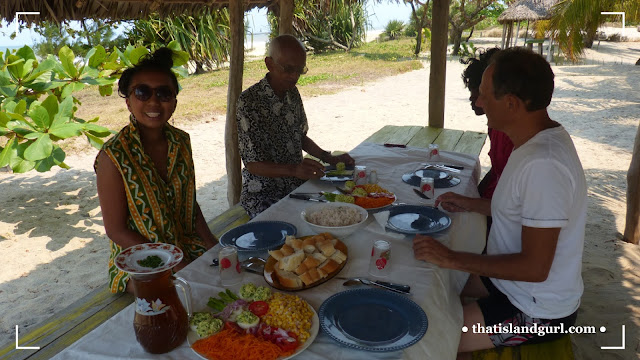 ● Famalam-lunch on this island called Madagascar (which btw is in Africa). ●

This type of conversation ranks highly in the stakes of genuinely upsetting me. Caveat: I am fully aware that not all people from mainland Africa treat me like this, but it is incredible what % still do to this very day. And it upsets me because it can come across as if I can't be part of some "club" that I feel and believe I identify with. I also hate that my reaction to these types of situations is to try to defend my right to be in this "club" called "African" when (ironically) I don't even want to be part of any club. Like anyone else, I just want to be able to identify, relate, and learn about the context of my heritage and genetic make-up, and also of others from a similar background. The colour of my skin and my features shouldn't have to play a role in where others decide to "place me". If I could sum up what shocks me most about this type of interaction, they would be: 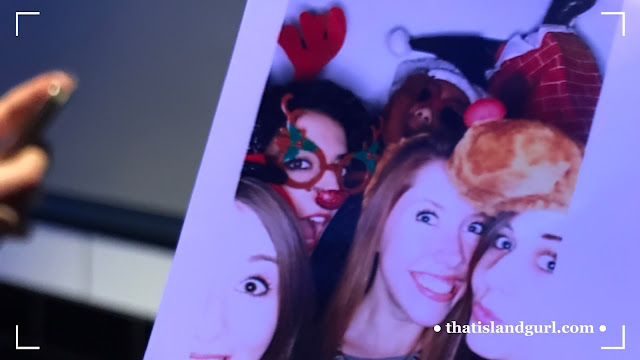 ● That time the flash loved all of the work-girls' and my nose. ●

⚡ I want to start a conversation. Race, like many things in life, is complicated. I've started to talk about it more openly with friends over the last year because to me it's starting to feel like something that exists but some don't feel like it's important to talk about. And I can understand that - the fear that others might judge our points of view, or inflict their own perceptions on us, or at its worst just won't care enough to listen. I'm not going to lie. It's a gamble - even writing this, so many questions are going around my head (mostly centred around what people will think, or say, or whether they'll misinterpret what I've said or how I feel about all of this). But ultimately, I have decided that it is important to talk about this stuff - because race, sexuality, religion, I could go on... are all social constructs which we (as humans) have built around ourselves, and as a result something we live by without always questioning why they exist. This most definitely won't be my last post on this subject - I want to explore more about race, identify, culture, society, share more stories, and also hear stories from other people's experiences - because this is what makes each and every one of us "us". I might as well try to understand it all better, instead of living in a bubble and becoming my own worst enemy.

🙆 See y'all soon!
Labels: about me i write start a conversation