"Your skin, is so beautiful... you're a beautiful colour". ● Ah, so you've noticed that I'm not white. Don't panic, I know you're not racist. And, I am happy you've noticed that I don't look like you. If I'm honest with you, up until about a year and a half ago I couldn't fully admit to myself that I was physically, culturally, and outlook-ly different (shocking eh). And this is what happens when you just want to be accepted the same as everyone else around you - but the reality is: here I am, a brown girl, growing up in a white world, wanting to not be seen as different, sounds too easy. So every time I got a comment that I was uncomfortable with (e.g. insert an inappropriate comment about my skin colour), I sucked up that uncomfortable feeling, and I shrugged it off. Because shrugging it off genuinely felt easier than facing into and owning my difference. The irony is - all of this shrugging off the "small" comments has now hit a head and I cannot carry on "taking it", because as a wise man (aka my dance teacher) said to me the other day "the more you take, the more it chips at your own self-worth and your own perception of yourself". Gosh, Jimmy is a wise, and funky, man.

A few weeks ago, one of my besties asked if I'd be interested in joining her and some pals at a talk in London called: The Black Girl Bible: Empowering the Next Generation. At the time of inviting me, she wouldn't have known that I had never been invited to an event targeted at black people by any of my Black-British friends (surprise babes! 😘), let alone specifically black women. And, I accepted.

The situation ● On the night of the event, I was travelling from work on a train back into London with one of my favourite colleagues - I'll call him Bob for this story (catchy, I know). I respect Bob a lot (prior and post the coming conversation) because he is a smart, well-educated, kind, funny, and all-round lovely human. So when we were shooting the breeze on this this particular journey, I was a little thrown off by his reaction when we shared our plans for that evening.


👱 ● "What are you up to this evening?"
👩 ● "I'm going to a talk"
👱 ● "Nice, what's it about?"
👩 ● *hesitates saying the event name but then thinks FCK IT* "It's called The Black Girl Bible: Empowering The Next Generation of Black-British women"
👱 ● "Oh..." *looks a  smidge confused/defences up* "I don't understand why you (but I'm sure encompasses more people) have to label yourself as that..."
👩 ● "What do you mean? I'm Black. And British..."
👱 ● "I just... don't see colour"
👩 ● *remains calm and racks brain for best and least confrontational response* "But... the fact you don't see colour comes from the privilege you have from the colour of your skin"
👱 ● "But people are just people"
👩 ● "Yes... but if you've never been discriminated against because of the colour of your skin then you won't see colour"
*slightly awkward pause*
👱 ● "But... I am made up of lots of ethnicities *lists insert European countries of choice including the parts of the UK* and I don't identify myself as any of those specifically"
👩 ● *internally says to herself: but they are all predominantly White countries* "I understand what you're saying - and what I'm saying is I see myself as a Black-British woman"

I had to leave the conversation there because 1) this 100% had the potential to become a bigger conversation and 2) my stop was approaching so I had to get off the train (with mixed emotions). As I walked to the talk-venue, I thought to myself - I wonder whether Bob would have come to this event if I had invited him. I myself didn't really know what to expect - but there were two things that got me to say YES to this event. 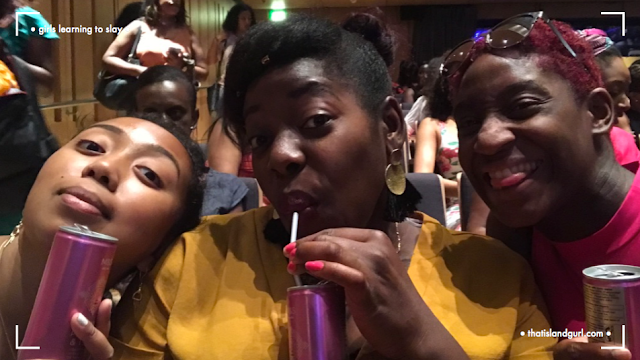 I had no idea before heading to this talk whether I would be able to relate to 10%, 50% or 100% of what the women on the panel had to say, or the women in the room to be very frank. I also had no idea whether the audience would be 100% black females or whether it would be a mix of all people who are interested and want to make a positive impact in this space.

I can confirm that 1) I could relate to about 90% of it and 2) the audience was predominantly black females (maybe 80%) but the other 20% included black males, white females, and one white male. So in answer to my earlier question to myself, Bob would have probably declined my invite. And can I blame him for that? Technically, he's not the target audience. However, I applaud the aforementioned 20% for coming and being part of the conversation and the positive change Black-British woman can have on future generations.

After the talk, Corinne and I had dinner and talked some more - I have never had such an honest and open two-way discussion with one of my friends. Even after 11 years of friendship, it's incredible how we'd only just touched the surface. To keep it short and sweet - here's what I took away from the great panel discussion and Q&A: 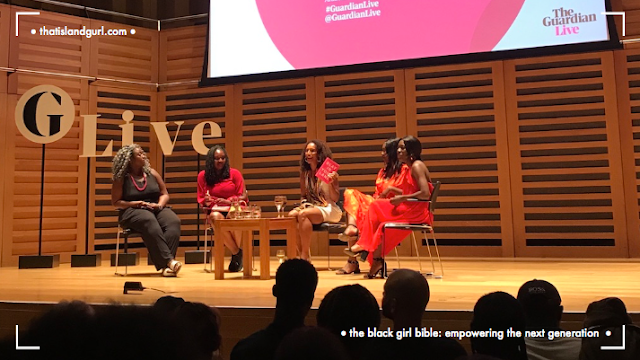 It was such a brilliant evening of conversation - I was so inspired by it that I ended up having various empowering conversations with people, from my colleagues, to my besties, to my manager, to pops-chops. I even managed to build up the courage to email into our company diversity & inclusion team to ask whether we could host a similar event - either with the same or a few of the impressive women from this talk, particularly Anne-Marie Imafidon who is 100% a perfect fit to what we do as a company overall and what we stand for when it comes to boosting Women in Tech. It's taken a little time, and a bit of internal back-and-forth, but guess who's coming to speak at our next global Women's Network event 😎 #StartTheRipple 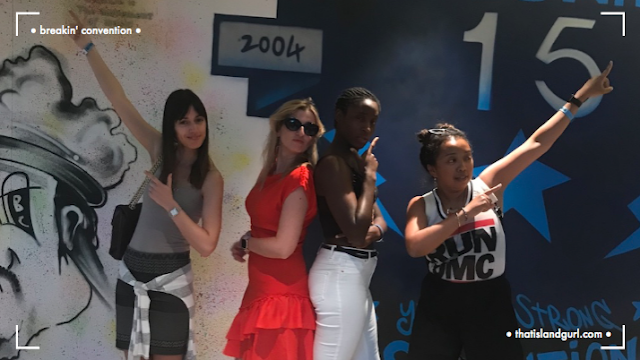 A few weeks post feeling inspired to own my personal #BlackGirlMagic, I was abruptly brought back to Earth by a Leery man who had decided that that particular day would be the day he would not only be racist but also sexist. It was my double-lucky day.

The situation ● It was broad daylight, about 1pm. I had taken a day off and was in the King's Cross / Camden area (note taken for future days off). I was waiting for a bus and suddenly the sun started to shine, so I decided to step out of the bus stop and sit on a brick wall nearby so I could drink in some Vit D. There I was, loving the sun, over-ear headphones on, bopping away to myself, when suddenly I hear a noise... like someone trying to talk to me.

After quickly crossing the road and jumping into my Uber, I said to the driver: "Did you see that?" The driver replied no but admitted it wasn't rare, particularly in the area, even though it was broad daylight, particularly because I was alone. There are many things I find wrong with this situation. I have to say it is rare, this level of overt discrimination - I regularly get subtle undertones of this kind of behaviour but this guy was just out there, smug in his own level. Level 1 of how to repel a woman in 10 minutes.

The lesson for me was: I need to get better at out-speaking future Leerys. I am definitely not the only one this has happened to - speak to a South Asian woman and most of them can probably relate - and I won't be the last. People love to put others in a box, be it their origin, their sexual orientation, their beliefs, E V E R Y T H I N G. Most often than not, it is usually a projection based off of a personal opinion or experience. This guy is no different. Aside from the blatant racism, Africa was probably the last place he thought I'd be from. And that's when (or at least a few days later) it hit me:

These are three facts about me. My face and my personality straddle three identities, which usually results in people either misreading me completely or determined to find out "where I'm REALLY from". And it doesn't stop there. Physically and factually I am all three, but mentally and emotionally I can also relate to aspects of all three. I can't relate 100% of each one, but I have strong belief and personality structures across all three, at varying levels. On top of that, I am still navigating to what level (issa journey peeps), and identifying the boundaries for each that make me, well, me. So I'm not surprised people can't pin-point me. But does that matter? To me, no - which is why it fascinates me that it matters so much to some. Depending on the situation I'm in, people almost pre-decide which identity-role I am to play. When my behaviours then challenge that pre-decided identity, I get comments like "Ha, you're only (insert race / skin colour / gender / whatever) when it suits you." The reality: "Actually, I don't serve you an exaggerated version of me to suit some sort of personal agenda. I am just, me. That's all three." 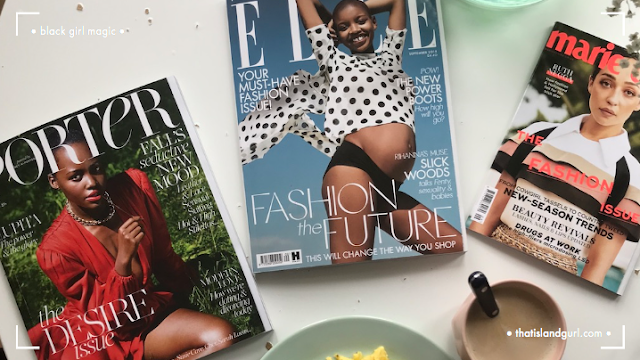 💩 This leads me on to an important topic: unconscious bias. I know, the words diversity, inclusion, and equality are currently bounding around everywhere, and they often sound like ANOTHER THING we all have to think about, some deeming them "hollow or buzz words". But the reality is, we do have to embrace these words. Why? Well, I've just shared two personal experiences / conversations that have made me think:
Just because you might not experience it, it doesn't mean it doesn't exist and happen every day. I've just used the words racist and sexist above because it is what it is and I have to call it out.
However, I know that both of these words often get people's defences up ("I'm not racist", "I'm not sexist" sometimes followed by a but) and are often loaded with subjectivity. It's hard to diagnose situations you've never experienced, even if it's happening right in front of you. This, and many other reasons, is why better understanding unconscious bias has grabbed my attention. Everyone has unconscious biases, me included. We all have certain behaviours, beliefs, and actions which are pre-determined, stemming from and shaped by everything we've seen, learnt, and know.

For me, the first important part is to recognise your biases - being fully "woke" and aware that not everyone around you may be on the same, and often presumed, wavelength. [#OpenYourEyes] Privilege comes in all shapes and sizes (one to explore for pt.3) - but are you aware of yours and how it can impact others? Second, is the importance of openly talking about our biases and experiences - maybe not into the world wide web (*internally hyperventilates* F*CK IT *continues to hyperventilate*) but at least with those close to you. For me, this has strengthened some of my closest and most important relationships - I understand a bit more why family and friends think the way they think, and vice versa [#StartAConversation]. Our understanding of each other, and how to better navigate the world around us, can only be enriched by these two (little) actions. So dive in, and kick-start those ripples. 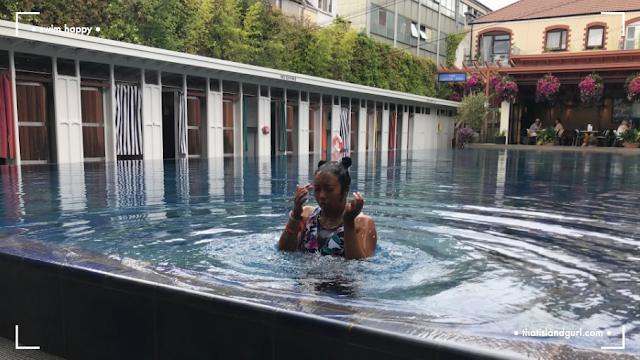 🙆 see y'all soon!
Labels: about me i write start a conversation