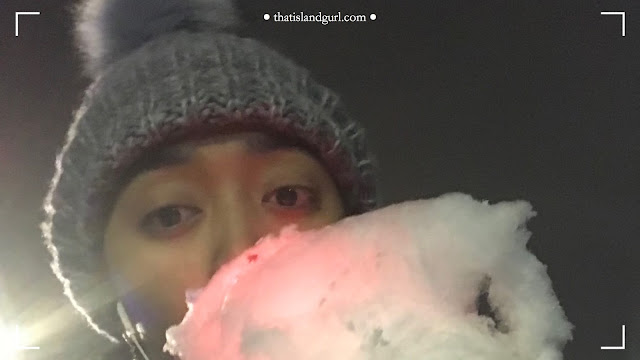 Lumiere London 2018 ● Every January (for the last few years), there's this festival that happens in London called Lumière which for the language-lovers amongst y'all means "light" - aptly named as it literally is a festival of light. Artists put together all sorts of light shows, sculptures, and to be frank pure magic around London over one weekend. It's actually very clever of those "people in power" in London (whaddup Sadiq Khan) - running such a cheery and free public event in a month when the weather is no doubt super grey and sh*t, everyone is poor from Christmas, and suffering from Vitamin D deficiency. Good work London puppet-masters (but don't get a big 'ead ok, because we still ain't about that Brexit life unless you convince us otherwise). Anyway, it's now March, and it's still grey, and I'm still poor, and dreaming of the Seychelles. But, there is snow. And, I am about to share some fun snaps with y'all. 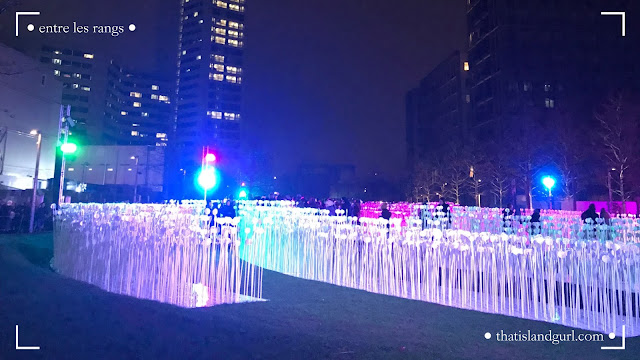 the official line ● "Experience a sensory stroll around an unusual field with Entre les range by Rami Bebawi / KANVA (Canada). This installation features thousands of illuminated flower-like reflectors as a tribute to fields of wheat that shimmer in the wind as the seasons pass."

🌾 my official line ● The first installation I walked up to: it was PACKED. Like, there were more people than fake-wheat, ya know what I mean? Anyway, I saw a gap on a bench where people were standing taking profesh-snaps with their profesh-cameras from high up angles - so I hopped up and tried to do the same with my phone, I was semi successful. I then decided maybe I should try and get IN IT, you know, like immerse myself in the art darling. But then I saw the queue and my decision was: I'm not about that life. Mostly because not only was there a queue to go in, there was a queue IN the actual installation with people shuffling along like ants on a conveyor belt surrounded by piles of sugar they couldn't even touch. I did however, manage to get the above snap (my fave one) just before I got told off because apparently I was standing at an exclusive viewpoint or something. I am so naughty. Prime Minister May would have been so proud. #naugthyfieldofwheat 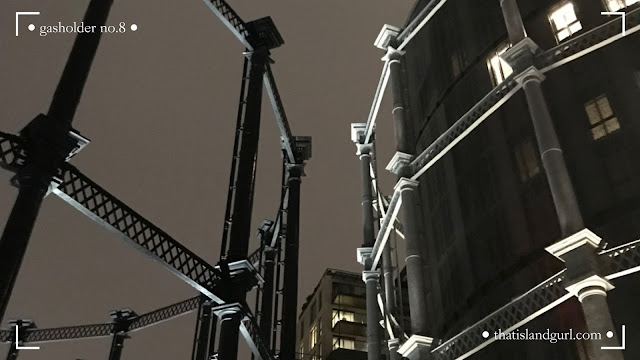 the official line ● "The iconic gas-holder guide frames have decorated the landscape at King's Cross for over 150 years. Gasholder No.8 is the largest of these, and was built for the storage of town gas for Pancras Gasworks, the largest gas works in London. Gas was manufactured here using coal from the Imperial Gas, Light and Coke Company."

🔥 my official line ● As I approached the famous No.8 I was relieved that I had a lit up rave-candyfloss in my hands to keep me calm because I remembered that I am actually not very happy around really really tall buildings (random fun fact about me guys, you're welcome). However, I cannot deny that this huge vessel for holding gas is very impressive and actually pretty beaut when lit up. When I was standing a comfortable distance away from it, and looked up, I just thought to myself: "Yeah, you're nice. I like your curves and lines gurl." And from that moment, we became friends. Until I tried to get a closer look, then it was just awkward again - plus I had finally worked out that No.8 wasn't actually part of the festival. 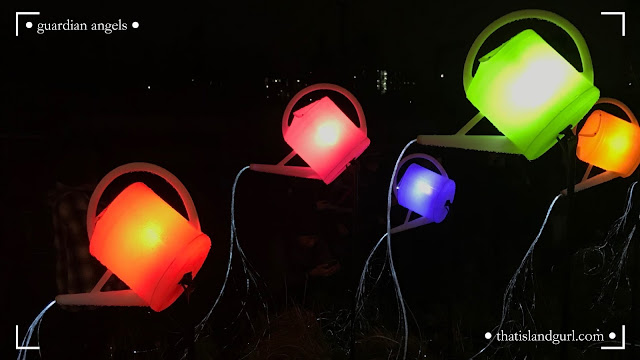 the official line ● "Be amazed by the unexpected and surprising, as Maro Avrabou and Dimitri Xenakis' watering lanterns stop you in your tracks at the historic Gas Holder No.8. Guardian Angels highlights the importance of nature preservation and is an indirect tribute to gardeners."

🌱 my official line ● Not gonna lie, they told me to be amazed, and I was amazed. There they were, a psychedelic rainbow of watering cans "watering" the flower beds of King's Cross - floating magically in mid-air as if it was a scene from Harry Potter or something. I got goose-bumps. Until I got closer and realised that each watering can had a metal rod up its bum. That slightly ruined the romantic picture before me, but not enough to dampen my magical mood because this installation was joint-first as my favourite of the night. 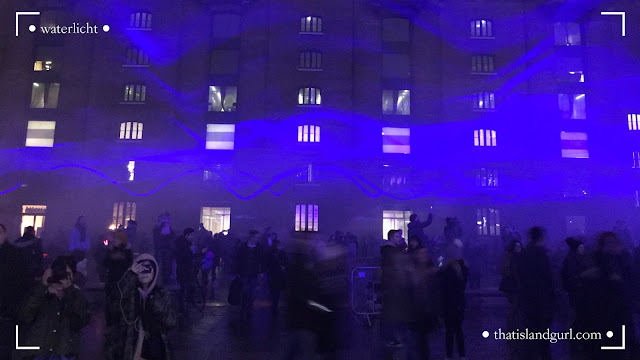 the official line ● "Inspired by our changing relationship to water, the risk we all face if immediate action is not taken to tackle global warming and rising sea levels, Dutch artist and innovator Daan Roosegaarde transforms Granary Square into an ethereal dream-like landscape. Waterlicht underlines the power and poetry of water, enveloping viewers in a virtual flood whilst contemplating its potential for the future."

🏊 my official line ● On approach, particularly after seeing a bunch of watering cans, you can't help but be impressed by this particular light installation. Firstly, it was huge - took over the whole of Granary Square. Secondly, you are actually part of the installation - there was light, accompanying music, and everyone around me looked like they were in a non-silent dream full of people they didn't know but it felt as safe as a bird's nest (if this is not a saying, though I really hope it is, then it should be). Anyway, this installation was joint-first with Harry Potter's watering cans in my books, I loved it - it made this water baby very very happy. 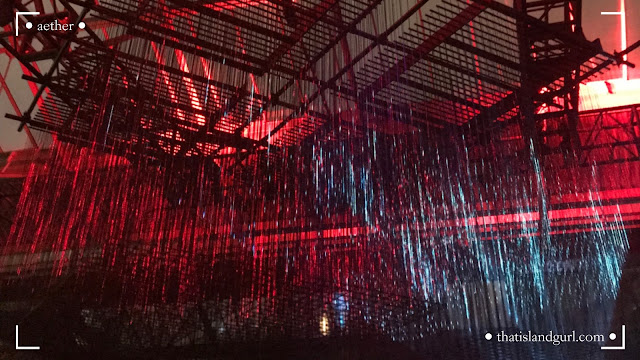 the official line ● "Architecture Social Club, a British collective of designers, architects, technicians and poets, presents an emotive & powerful light and sound installation. Be amazed as its glittering mass grows, rolls & splinters in reaction to the soundscape created by music producer Max Cooper. Experience how this fascinating artwork connects form, colour & music to our emotions, creating an interactive sensory experience."

🔮 my official line ● I love a good interactive sensory experience me. Like I said earlier, who doesn't love immersing themselves in that art darling. Sadly, as incredibly clever as this was, it was the least enjoyable of all of the installations I saw. I took some great snaps of this guy, but I just didn't connect with it as much as the others - felt like I was watching a giant spiky lava lamp, except it wasn't a lava lamp, and my head/neck (one united mass) started to hurt after a while of looking up. It wasn't bad, just not ma fave. 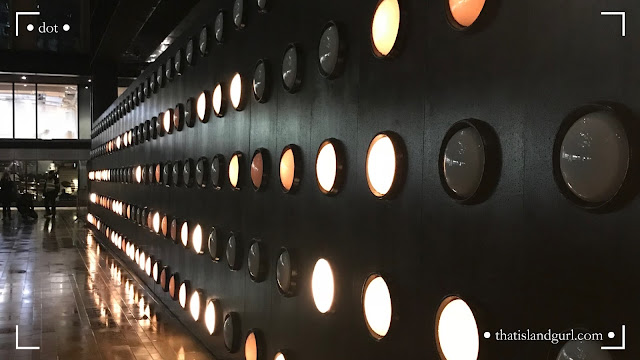 the official line ● "See an enormous bank of light bulbs pulse, flash and beam across Pancras Square. The 175 light bulbs in Philippe Morvan's DOT respond to a soundtrack composed specially for Lumiere London by Solomon Grey, signed to Mercury KX/Universal Music. Alongside the music, patterns start to appear - an ever-changing panorama of horizontal and vertical lines, spheres and cubes."

📀 my official line ● I like dots. But moving dots? Even better. This was probably the strongest simple:effective installation ratio winner - it wasn't complicated, but it was glorious to watch. The music that accompanied the moving dots gave me all of the feels: joy, calm, excitement, and pensive. I also really liked the reflections on the floor (it had been a rainy weekend, what a surprise) and how everyone was just zen - watching the dots unfold. Lovely. 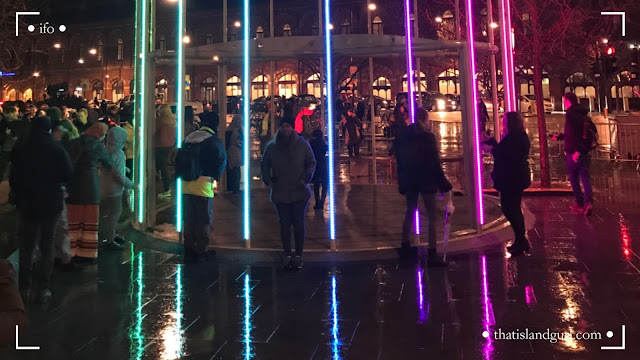 the official line ● "Discover a giant birdcage in Battle Bridge Place. Jacques Rival's spectacular installation IFO (Identified Flying Object) stands at 9m (29ft) in height and, magnificently lit in neon, it invites us to walk through its bars and enjoy the swing that's in its centre."

🌈 my official line ● This one's a festival-fake because I see this guy on a pretty regular basis. We're on first name terms. But I can't be too angry at him because he is the joy and heart of King's Cross St Pancras - brightly cheering up the crossing between one giant train station (King's Cross) and another giant train station (St Pancras) as they loving look across the road to each other, uniting at the rainbow bird cage which houses their joint beating heart (though it's not actually a heart, it's a swing - which is usually being sat on by some kid because adults aren't allowed on swings or something but whatever). This is a most excellent year-round installation.

Your turn ● If you haven't been to this festival before, brace those January cold winds and wet weather and check out Lumiere London (I'm giving y'all a 10 month pre-warning) - trust me, you won't be disappointed. And if you are, just eat the lit up rainbow floss. That always makes everything better. 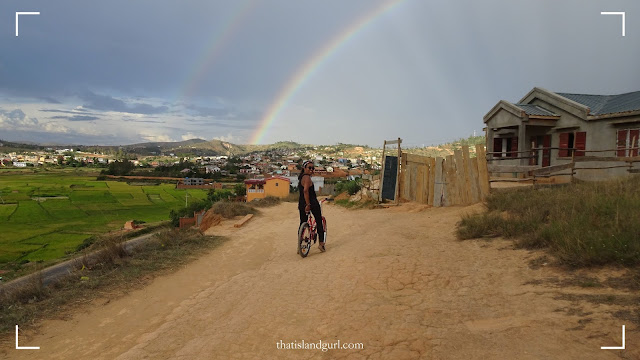